Real Life, Ex Anti-Terrorist Officer Reveals The Techniques And Tactics That Have Saved His Life on Numerous Occasions

Secret Techniques The Security Services Prefer to Keep to Themselves...

He kept some of the most famous, high profile, targeted people on the planet safe. Now, for the very first time ‘The Protector’ reveals tactical and defensive driving techniques that should be covered by the Official Secrets Act BUT Stealth Driving is something he can talk about and in this extensive and revealing manual, he spills the beans. As you glance at your children asleep in the back seat you start to panic. The road is narrow, there are trees on either side and you’ve got some maniac on your tail. You start to fear for your lives...

Our roads are becoming more and more like a battle zone by the day. And it’s easy to see why...

And now they’re frustrated... and in a hurry!! 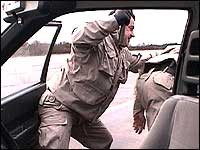 Then there's the growing problem of Car-Jacking

You haven't the training given to "special forces" driving experts in evasive driving techniques.

Not surprisingly, the criminal fraternity have broadened their tools of the trade and car-jacking is the name of the game for a quick buck - often as a first step to another crime.

And while they've a taste for cars at the top end of the market - the reality is that almost any kind of vehicle will do.

They will go for your car either just for fun or to feed the multi-million pound racket that could see your car destined for Eastern Europe or Africa - they don't care.

Young people can often see it as a rite of passage - a status symbol or just a thrill for joy-riding.

With the prevalence of sophisticated car alarms and anti-theft devices, the car thief has had to think of different ways to get his prize - car jacking is a relatively soft target. 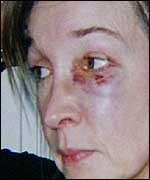 She had her Mercedes keys taken from her as she got into her car - but she was determined not to let her vehicle go without a fight.

Her persistence paid off - her attackers fled without her car - but there are dozens of others who have similar stories to tell.

Car salesman Paul Burnyeat had the ignominy of being booted out of a car after going on a test drive - the tales are endless.

We are under a legal obligation to report any accident that involves a car. So car thieves have tried the "bump" car jack.

This ploy is where the car thief will drive gently into the back of your car, sometimes when on the move, which obliges you to pull over to "exchange details". This is when the thief will attack.

And while it's just a "lump of metal" that can be replaced, there are some commonsense actions to take to reduce the risk of attack and loss of your car.

The Answer is Stealth Driving.

So why stay vulnerable for a moment longer? Join Autoinfo today, and start protecting yourself now