Never, Ever Get Shafted When Buying a Used Car | Instant Download PDF

What the Criminals Don’t Want You to Know!

Compiled with the help of police, car buying professionals, and even ex-car criminals, GAUK Motors used car buyer’s guide is probably the most comprehensive guide to buying a secondhand motor ever written…

What the Criminals Don’t Want You to Know! 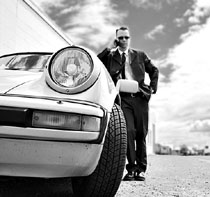 Compiled with the help of police, car buying professionals, and even ex-car criminals, GAUK Motors used car buyer’s guide is probably the most comprehensive guide to buying a secondhand motor ever written…

Steve Jones is among one of the country’s most successful car dealers. He shares with GAUK Motors his honed and perfected, step-by-step system used when buying stock – it has not let him down in 15 years… After all if he gets it wrong its his livelyhood!

Malcolm, a reformed car criminal, now advises the car industry and GAUK Motors on car security. A misspent youth saw him involved in all aspects of car crime, from theft to ‘ringing’ (changing a car’s identity), from bodging together insurance write offs to selling them on.

Malcolm is definitely the person to advise you on what to look for in the used car markets!

GAUK Motors Guide to Buying a Used Vehicle exposes the secrets and ‘tricks of the trade’ which could save you thousands in a costly mistake when purchasing your next car. The guide has been written with a worldwide audience in mind – after all a stolen car is a stolen car, no matter where it’s being sold!

The original brief was to uncover the ‘tricks and secrets of the trade, the public ought to know’.

GAUK Motors guide gives you the facts: We get straight to the point and stay there!!! The first contact you have with the seller of the car will probably be over the phone. You can save yourself a lot of time and wasted viewings by sorting the dogs from the genuine article in the comfort of your own home – just by asking the right questions.

Most cars will have some sort of knock during their life; this is a normal part of driving on today’s roads. The problem arises when you’re sold a motor that has been in a bad accident then repaired in a back-street garage and passed off as being straight.

There’s a lot of money to be made in bodging together a badly damaged vehicle, so unfortunately for you, there are a lot of people at it!

One of the most common car crimes these days is that of winding back the odometer on a high mileage car – ‘clocking’ in the trade. GAUK Motors have researched thoroughly the art of mileage adjustment by talking to those in the know … and we show you exactly how to spot them!!!

A massive, and growing problem faced today is that of car theft. The odds of buying a stolen car are stacked very high … against you!

At the end of the guide you’ll find a simple, easy to use V.U.It-Check-List, which will assist you in rating the overall value of that used car you are considering.

Just print it out BEFORE you lay out your hard earned money. We promise you’ll be glad you did!

You can always trust the vehicle checking organisations … Can’t You?

There are vehicle checking organisations out there but they can only go on the information given to them by you and their computers. Unfortunately, there are numerous ways to fool their checks; they don’t have the car in front of them and it’s not their hard-earned cash on the line. The buck stops with you!

Every day you hear about horror stories in the media – With GAUK Motors you won’t be one of them!!!